Diabetes management is a lot of work. Counting carbs, calculating insulin doses, tracking blood sugars … the list is long and can sometimes feel like a full-time job. Adding “diabetes education and advocacy for the public” to the list can be frustrating at times, since there are many, many diabetes-related misconceptions.

We talked with our friends in the diabetes community to hear about the frequently-spouted-assumptions that they run into regarding diabetes. Here are a few of the common (and sometimes frustrating) questions we hear, with some advice on how to respond. 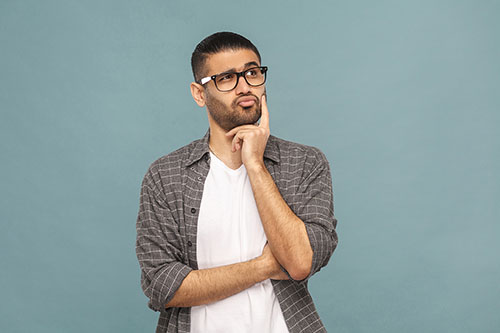 “We brought him pencils since he can’t have the cupcakes.”

While people make their own choices about what foods they think are best for their families, there’s always this assumption that a person with diabetes actually can’t eat a certain food. Whether it’s cupcakes from a classroom birthday party or a sushi roll at a company outing, people with diabetes are always being asked, “Can you eat that?”

It’s important for people outside of the diabetes bubble to understand that we CAN eat anything, and that it’s more a matter of SHOULD we eat everything. Our food choices are a careful calculation of insulin on board, carb counts, exercise variables, and cuisine preference. Helping a friend understand that the thought is appreciated and also that people with diabetes have lots of options when it comes to food is a great way to open a productive dialog.

… you can also mention that it’s not safe to eat pencils. 😉

Telling people that the name has changed over time and the disease remains chronic helps them realign their perspectives a bit.

There hasn’t been a type of diabetes yet that anyone has assigned as “the good kind,” but this question can be frustrating. How do you explain to someone who doesn’t understand diabetes in its entirety that days with T1D are good, bad, and everything in between, but still your life, so you’re doing the best you can? And that calling it “the bad kind” makes it seem insurmountable?

Actually, maybe that’s how you explain it to them.

“You wear a pump? You must have it really bad.”

Diabetes devices are often mistaken for other things, like pumps being called pagers, and CGM sites misidentified as nicotine patches. And our diabetes devices also make people assume that we either have uncontrolled diabetes, or “the bad kind” (see above), or – conversely – that our devices do all the diabetes thinking for us, making diabetes a set-it-and-forget-it disease.

All of these assumptions are wrong. The next time someone assumes your pump or CGM means you “have it really bad,” explain what the devices do. Show them that the insulin pump is a precision method for dosing insulin, and that your CGM offers streaming blood sugar results that alert you to out-of-range numbers. Explaining the power of our technology can help educate people who can then go and help educate other people.

“I could never give myself [my kid] shots.”

A difficult comment to hear. An easy response: “You could, and you would, if your life depended on it.”

Oftentimes, diabetes feels and looks like an invisible disease to those on the “outside.”

We don’t want people to ignore the severity and pervasiveness of this disease. As a community, we definitely don’t want people who might be thinking about donating their time, energies, and finances to type 1 research, funding, and advocacy to be deterred by the fact that sometimes we look “fine.”  What those outside of this condition need to understand is that this perception of “fine” is all relative.  One day you can be fine, and the next, things can be deeply and profoundly changed. That’s a weird margin to stroll along.

Next time someone says, “You don’t look like a diabetic,” pause for a second.  Then ask them what they think a diabetic looks like. And then let them know what a little snippet of this invisible disease might entail. Tell them about the finger pricks. Explain the mental math about food.  Give them some insight and make diabetes a bit more visible for them.

And maybe, just maybe, you’ll change how they think about diabetes.

Kerri Sparling has been living with type 1 diabetes since 1986, diagnosed at the age of seven. She manages her diabetes and lives her life by the mantra “Diabetes doesn’t define me, but it helps explain me.” Kerri is an internationally recognized diabetes advocate. She is the creator and author of Six Until Me, which from May 2005 to May 2019 was one of the most widely-read diabetes patient blogs, reaching a global audience of patients, caregivers, and industry. In addition to her writing, Kerri is a highly-rated speaker and has presented the patient perspective to audiences around the world. She works to raise awareness for diabetes, patient advocacy, and the influence of social media on health outcomes. Her first book, Balancing Diabetes (Spry Publishing), looks at type 1 diabetes in the context of “real life.” Kerri and her husband live in Rhode Island, USA, with their two children. You can follow her writing and the release of her next projects at KerriSparling.com.