Together We Can Reduce Diabetes Stigma

There are many common misconceptions about diabetes, which can lead to people feeling stigmatized, or treated in a way that makes them feel “less than” others. As discussed in, Yes, I can eat that: Answering Diabetes Questions, it seems that we as PWD (People with Diabetes) are subjected to more questions about our choices than people without diabetes. Part of the reason that people feel they can ask us these questions is due to the cultural stigmas around diabetes.

It’s a popular belief that diabetes is caused by lifestyle behaviors such as lack of exercise or eating unhealthy foods. While these things can contribute to weight gain which can increase the risk of insulin resistance, it is not a simple cause and effect.1 Unfortunately, there is a lot of unfair blame and shame, particularly on people with type 2 diabetes, which leads to poor health outcomes. It can also hinder people from sharing with others that they have diabetes, which can be dangerous.

In a study that involved 15 people with diabetes looking at lived experiences related to diabetes stigmas, one woman said, “It’s why I don’t tell people…people just don’t understand and there’s a lot of shame.”2 It can be even harder to disclose diabetes for people who experience the results of social stigma for other things such as race, ethnicity, gender, religion, or sexuality. Another participant in the study mentioned above stated, “I’ve had to hide the fact…that I’m Jewish…that I have type 1 diabetes because that’s been used against me.”

People with all types of diabetes can experience stigma, and here is some data from the dStigmatize website on stigma and diabetes – 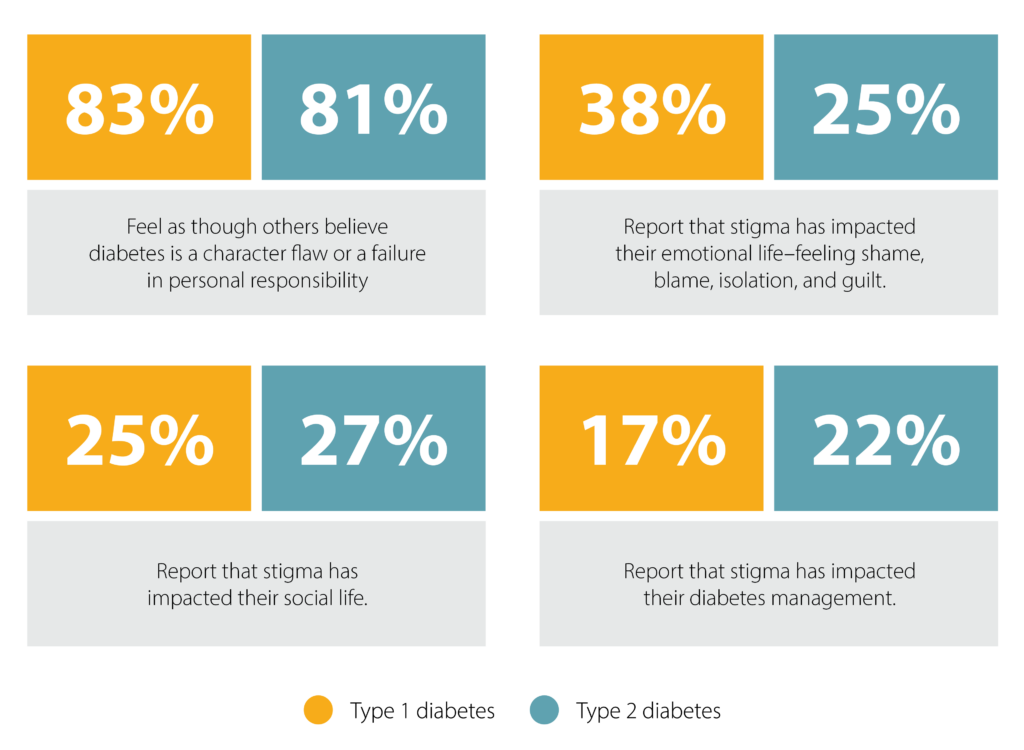 There are many things that contribute to diabetes stigma, some of which are easier to change than others. Here are a few common contributors:

How do we do better?

There is a movement called #LanguageMatters that is focusing on improving the way healthcare providers and workers speak to people with diabetes. Some things are so simple, such as referring to people as people with diabetes vs. diabetics. These resources can be used for healthcare workers, the general public, or loved ones who need a little guidance in discussing diabetes. There are many people trying to get this education to healthcare providers in training or those in practice to help reduce shame and blame and foster better care.

At minimum, we should examine our own feelings about people with diabetes of whichever type and ensure we are not contributing to anyone’s burden. If possible, when we witness an instance of stigmatizing behavior towards someone with diabetes, we can offer support to the person experiencing the discriminatory behavior. You can talk to your healthcare team, extended family, friends, neighbors, anyone you feel comfortable talking to if they are using language that’s based in stigma and help them understand why this is harmful. You can share your stigma story on the dStigmatize website.

Thank you for taking the time to read this, and I hope it has given you some insight, validation or inspired you to help work towards reducing diabetes stigma! 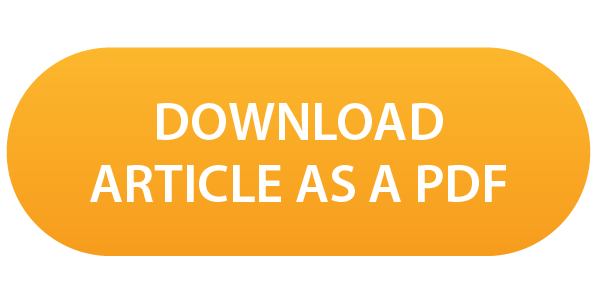