The cause of celiac is genetic, and it tends to run in families. It can be very mild or very severe, but it can lead to severe complications if not treated. Someone with celiac may have no symptoms at all or they may have symptoms such as diarrhea, vomiting, gas and abdominal pain. It is important to follow the diet prescribed by the nutritionist if you have celiac because the body's inability to absorb proper nutrients can cause fatigue, weight loss, anemia, osteoporosis and vitamin deficiencies. Up to 40% of people with celiac who do not follow the diet also have vitamin B deficiency, and this can cause numbness or pain in the limbs.

The symptoms with celiac are often mistaken for other illnesses. This can be dangerous because the disease will raise the risk of eventually developing gastrointestinal cancer if the diet is not followed. The immune reaction your body has against the gluten causes damage to the villi in the small intestine. The villi are required for you to be able to effectively absorb nutrients.

Symptoms of celiac disease* are often digestive and more common in children, and may include:

Adults are less likely to have digestive symptoms, but may exhibit the following:

(* These symptoms are from the NIDDK resource page on Celiac Disease.) 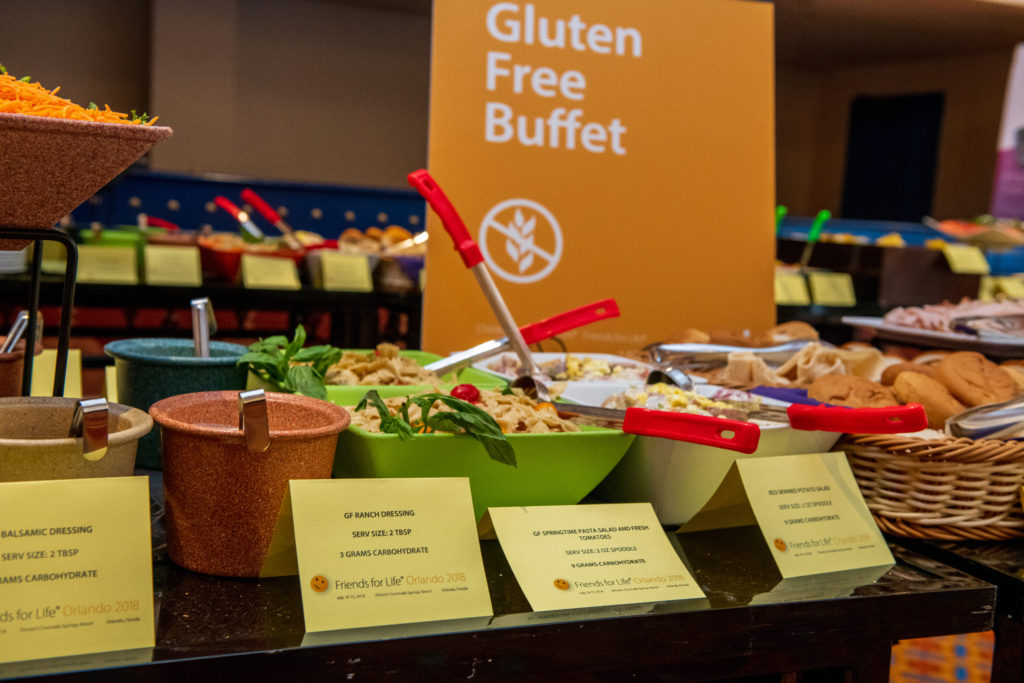 Although it has been known that celiac is common in Europe, it was just recently learned that it is just as common in the U.S. as well. More than 1.5 million Americans may be affected. The disease is present in one out of 22 people who had a close relative with celiac disease and in one out of a 133 people who were not at risk, and it may be present in as many as 1 in 20 people who have a relative who has type 1 diabetes.

People with celiac disease are given a blood test that screens for antibodies found in the majority of people with the disease. A biopsy of the intestine may be used to confirm the diagnosis. There is no cure yet, but attached are some resources regarding groups who are helping to look for a cure.

At this time, the treatment for celiac disease is to stick to a diet that avoids foods containing gluten, such as many breakfast cereals, breads, crackers and pastas. Gluten may also be hidden in other processed foods such as canned soup, lunch meat, salad dressings, and gravy and seasoning mixes.

A nutritionist can help you choose the right foods to avoid gluten, and there are many great gluten-free products. Now that we have learned that celiac is more common than previously thought, we may see new gluten-free products appearing on the market, providing even more choices for consumers. We also hope to see more products marked with the symbol for "gluten free" or an identifier that lets the consumer know that the product does contain gluten.

Gluten-Free Recipes for People With Celiac

Celiac Q&A From the Diabetes Team

Read questions from the CWD community and answers from the Diabetes Team about celiac disease.