Have you ever done a day "untethered?"

Essentially, going "un-tethered" means making use of an insulin pump and taking long acting insulin at the same time. The term was coined by endocrinologist and PWD, Dr. Steven Edelman.  According to Edelman's write-up in 2004, it was "the therapeutic combination of simultaneously using an insulin pump and insulin glargine (Lantus) to help improve glycemic excursions and overall control in a flexible and user friendly manner."

Today, you can use a number of different insulin pumps and basal insulin options to make the most of an un-tethered lifestyle. Be sure to consult with your doctor before making any changes to your diabetes management plan! 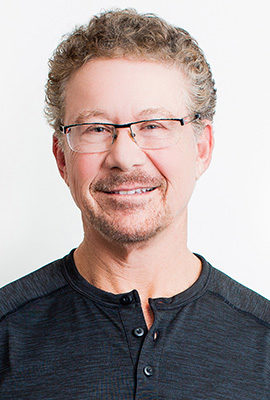 The un-tethered regimen refers to the therapeutic combination of simultaneously using an insulin pump and insulin glargine (Lantus) to help improve glycemic excursions and overall control in a flexible and user friendly manner.

Why in the world would you be on an insulin pump and a long acting insulin at the same time? Why would you need an injection of Lantus if you have the basal rate of your insulin pump set correctly? Although the un-tethered regimen is not for everyone, it does offer several advantages that many people with diabetes may benefit from.

I have been living with type 1 diabetes since 1970 and I have been on every possible insulin regimen known to man. In addition, being a diabetes specialist I know that one shoe does not fit everyone and it is crucial for long term success that an insulin regimen be tailored to the individual needs and lifestyle of the person with diabetes and not be rigid and inflexible. After being on an insulin pump for almost 20 years, I switched to Lantus when if first came out. When I was on my insulin pump, my basal requirement was ~20 units a day. My pump was set at .8 units/hour between 7 AM and 3AM and 1.0 units/hour between 3 AM and 7 AM to cover my dawn phenomenon. When I switched to Lantus I did extremely well on one injection at bedtime of 20 units. I did not seem to have any problems with my awakening numbers on this dose and had excellent control. I took the same pre-meal bolus dose with my fast acting analog insulin pen.

I decided to switch to Lantus for several reasons. After being tethered to my pump for 20 years, I wanted a break. I am very active on the weekends and like to swim, go to the beach, play "NFL" basketball with my buddies and soak in our Jacuzzi at home. The pump seemed to always get in the way and it really caused havoc with my blood sugars whenever I took it off for more than 45 minutes. This is the only down side with having fast acting analogs in the pump in that the disconnection time must be brief. When ever I tried to compensate for long disruptions I would have to test a lot and take several small boluses of Humalog or NovoLog and it was a rare event when I did it just right avoiding hyper or hypoglycemia. I was also continuing to experience sudden, unexpected, and aggravating episodes of severe hyperglycemia and pre-DKA (diabetic ketoacidosis) because of infusion line disruptions usually at the site of insertion and defective insertion sets, where the insulin was leaking out of the set and not being delivered properly. I am also to blame with some of these episodes caused by letting my pump go empty or ignoring the low battery alert. Murphy's Law was always true to form as I was usually in a location away from extra batteries or insulin.

Although I did great on Lantus, I missed certain features of the pump. I missed the ease of bolusing throughout the day before meals and for catch up doses. I sometimes use the square wave bolus feature for certain meals that consisted of more protein and fat. Because I have no time to exercise during the week and eat at sporadic times at work, I liked having the pump on Monday through Friday.

I decided to try a new approach that I recommended to one of my patients with type 1 diabetes who loved her pump but got "all messed up" when she went scuba diving every weekend. She would disconnect her pump and use multiple injections of NPH and fast acting insulin in an effort to control her sugars, however it was a real rollercoaster ride with every attempt. I have now termed the regimen described below the "Un-tethered" regimen.

I now take 75% of my basal requirements (75% of 20 units = 15 units) as Lantus at bedtime and set the basal rate of my pump at 0.2 units/hour, which makes up the remaining 25% of my basal requirements (0.2 for 24 hours = ~5.0 units). I continue to use my pump for boluses and have the continued flexibility of square and dual wave bolusing and having alternate basal rates. I can take off my pump for extended periods of exercise and have my built in reduced basal rate (the Lantus I took the night before). I do not have to worry about hooking up my pump within 45 minutes or taking frequent injections of insulin to avoid hyperglycemia. I do not have to worry about sudden and unexpected extreme elevations of my blood sugar values if I have disruption of insulin delivery from my pump for any reason.

I can now easily just disconnect my pump and exercise or do whatever for hours without missing a beat. My personal regimen in the summer time consists of wearing the pump Monday through Friday and on Friday night I take 20 units of Lantus and remove my pump for the weekend using my insulin pen for meal boluses. On Sunday night, I take 15 units of Lantus and hook up my pump before I go to bed.

This regimen has worked well for many of my young adult and teenage patients who are on sport teams and must disconnect for hours and for a handful of elderly people on pumps who are not too computer or mechanically savvy with their pumps. The un-tethered regimen offers a real buffer safety zone to avoid ketoacidosis for new pumpers or anyone who disconnects frequently.