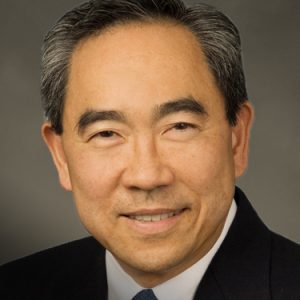 Board of Directors, Chairman of the Board

Kenneth Moritsugu, MD, MPH, FACPM, Rear Admiral, USPHS (Retired), Chairman of the Board of Children with Diabetes, is a retired Rear Admiral with the U.S. Public Health Service, who has twice been the Surgeon General of the United States. After a 37 year career in public service in uniform, he was the Vice President of Global Strategic Affairs for Diabetes; and WorldWide Chairman of the Johnson & Johnson Diabetes Institutes, a global network of educational facilities focused on providing health providers the knowledge, skills, and tools to help them better serve people with diabetes. He retired from Johnson and Johnson in 2013, and has been the President and Chief Executive Officer of First Samurai Consulting, LLC, a firm specializing in health policy and programs, bridging the public and private sectors.

He has had type 1 diabetes (LADA) for 15 years, and has been closely associated with and supportive of Children with Diabetes for over a dozen years, in faculty and leadership roles. In November 2014, he was the JDRF’s Hope Gala Honoree at its black tie event in Washington, DC.

His older daughter, Erika Moritsugu is an Assistant Secretary in the US Department of Housing and Urban Development; his younger daughter, Emily, is in middle school in the Japanese Immersion program in Fairfax County; and his wife, Lisa Kory, is an appointed Commissioner for the Fairfax County Commission on Organ Donation and Transplantation. He and his family reside in Great Falls, Virginia. 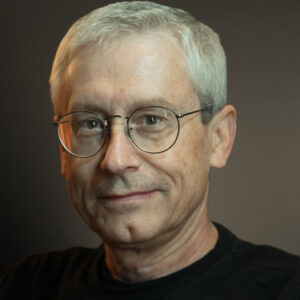 Board of Directors, CWD Staff

Jeff Hitchcock is the Founder, President, creator, editor, and webmaster of Children with Diabetes. After earning a degree in computational mathematics in 1981, Jeff worked in high tech and traveled the world, meeting Brenda, who would become his wife, in Africa. In September of 1989, their first child was diagnosed with type 1 diabetes at the age of two. Jeff worked in defense related industries until 1995, when he started a small internet company and launched Children with Diabetes to share his family’s experience caring for a child with T1D. He subsequently worked at LEXIS-NEXIS and Pearson plc on Internet initiatives, and now works full time bringing Children with Diabetes to you. Jeff also serves on the Board of Directors for the Diabetes Patient Advocacy Coalition (DPAC) and Beta Bionics. 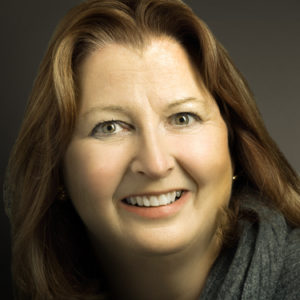 Joan Bardsley, MBA, RN, CDE, FAADE, is the assistant vice president of nursing and research integration at MedStar Health Research Institute and MedStar Corporate Nursing. She has over 40 years experience in healthcare with a specialty in diabetes self management education. Ms. Bardsley has worked for MHRI for 25 years where her previous positions included responsibility for special projects and core scientific services. She is the MHRI representative to the CNO Council. She is currently co-investigator for the NIH supported inpatient diabetes education project as well as the AHRQ funded We Want to Know Project, which support the Interdisciplinary Model of Care (IMOC). At corporate nursing she is responsible as the executive liaison for administration of the Nursing Collaborative Governance Councils and the MedStar Leader of the future Green team. Ms. Bardsley has published articles and book chapters on many aspects of diabetes self management and is an invited speaker both nationally and internationally on this topic. She holds an undergraduate degree in nursing from Boston College and a Masters in Business Administration from The George Washington University. Ms. Bardsley is the past President of the American Association of Diabetes Educators, current chair of the National Certification Board of Diabetes Educators, and Board member of Children with Diabetes. 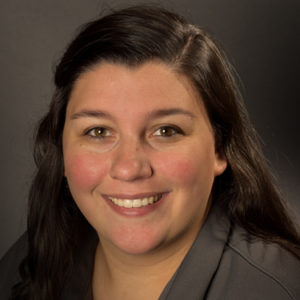 Board of Directors, Tween Program Staff

Melissa Geren was diagnosed with diabetes in 1995. She went to her first Friends for Life Orlando Conference in 2003 and has been attending Friends for Life® conferences ever since. Melissa has three siblings, Sarah, Kayla, and Matthew (diagnosed at age two). Currently, Melissa works on the Marketing Team for a Chicago-based candy company. Aside from working with Tweens at Friends for Life Conferences each year, Melissa is a board member of Children with Diabetes. 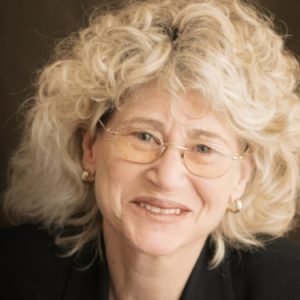 Board of Directors, DTeam, Physician, Secretary

Lynda K. Fisher, MD, Associate Professor of Pediatrics, The Keck School of Medicine of the University of Southern California, Associate Head, The Center for Endocrinology, Diabetes and Metabolism at Children’s Hospital Los Angeles, is the Treasurer of the International Society for Adolescent and Pediatric Diabetes. She has served on the Board of Directors of the American Diabetes Association as well as many ADA national committees and task forces (especially those focused on youth and advocacy). She has been very active in advocacy for children with diabetes on the local, state, national and international arenas. She spends time each summer as a medical director at diabetes camps in California. 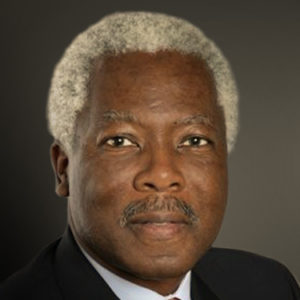 Edward T. Hawthorne, founder and managing partner of CE3 Solutions, LLC, serves as Chief Administrative Officer, after a 33 year career with Bank of America. Hawthorne has a dynamic professional background, having held various senior positions within Bank of America covering technology, operational risk, and customer servicing worldwide. During his tenure at Bank of America, he and his team developed a comprehensive system and corresponding methods for identifying and managing Operational Risk Assessments and Control, applying for and being subsequently awarded a U.S. Patent. 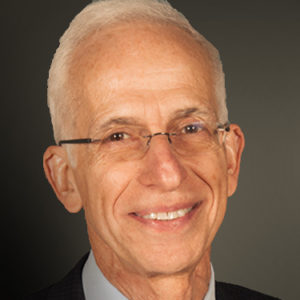 Board of Directors, DTeam, Faculty, Physician

Dr. Grunberger has published over 150 peer-reviewed manuscripts as well as review articles, abstracts and book chapters. His research interests have spanned the spectrum of subjects related to diabetes and its complications, from basic studies on molecular underpinning of insulin action and insulin resistance to clinical research studies on many aspects of diabetes and its management.

Dr. Grunberger has been an active member of many professional organizations where he has held elected positions of leadership. He is currently the Past President of American Association of Clinical Endocrinologists and President Elect of the American College of Endocrinology. He is a co-editor of two international diabetes journals. Dr. Grunberger has served as an educator of medical students, interns, residents, endocrinology fellows, master’s and Ph.D. candidates, and junior faculty over the past 35 years. 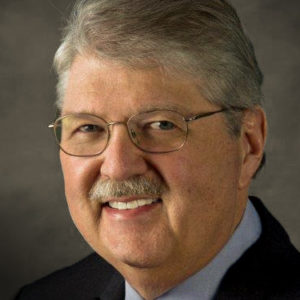 Board of Directors, Faculty

R. Stewart Perry grew up in Lexington, Kentucky. Since 1983 he has been the co-owner of Perry & Perry State Farm Insurance, one of the largest State Farm Insurance agencies in the state of Kentucky and is a Diabetes Consultant and Advocate. Stewart’s family has been dramatically affected by diabetes. His son has type 1 diabetes, both parents, and sister have all had diabetes during their lifetime. He has lost an uncle, grandfather and great grandmother to complications of diabetes. Stewart was diagnosed with type 2 diabetes in 1990. Since that time, he has been actively involved in the American Diabetes Association. Stewart was the Chairman of the National Board of Directors and Chair of the National Advocacy Committee for five years, He was Chair Bluegrass Chapter for a number of years and helped organize many of the fundraising events still in existence. He served as the Kentucky Affiliate Board of Vice-Chair and was Chair-Elect when it became a part of the Southern Region where he served as the Chair of the Southern Region. He also is a former member of the National Board of Directors. He is the State of Kentucky State Advocacy Chair for ADA. Stewart is a member of the Kentucky Diabetes Network and a founding member of the Fayette County Diabetes Collation. Stewart was appointed by two different Governors of Kentucky to the GET FIT KY Board and The Diabetes Research Trust Fund Board where he currently still serves. Stewart is one of the founders of the National Diabetes Volunteer Leadership Council and currently serves as an officer of that organization where he has been instrumental in passing Diabetes Action Plan legislation in 18 states over the past four years. Stewart serves on the board of Children with Diabetes. 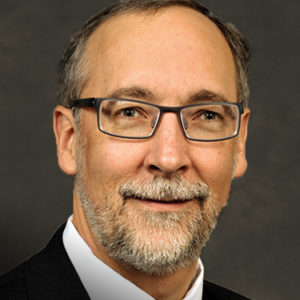 George Huntley is the Chief Operating Officer and Chief Financial Officer of Theoris Group, Inc., a professional services and software company based in Indianapolis, Indiana, with offices throughout the US and Europe. He has been living with type 1 diabetes since 1983 and has been an active volunteer in the fight against diabetes since 1986. George has held many leadership roles with the American Diabetes Association including Chair of the National Board of Directors. George is a founding member and current officer of the National Diabetes Volunteer Leadership Council, a 501c3 organization dedicated to patient advocacy to improve the quality of life for people living with diabetes. George also serves on the board of Children with Diabetes. 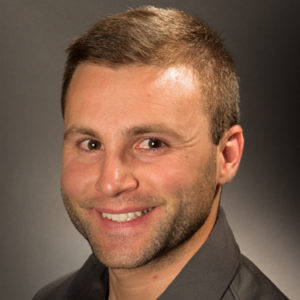 Kenny Rodenheiser, BSN, RN, CDE, was diagnosed with diabetes in 2003. Through his involvement with CWD, ADA, JDRF and other organizations, he realized his passion is to help people with diabetes learn about their disease and how to cope with it. He earned his Bachelors of Science in Nursing from Ramapo College of New Jersey. Kenny earned his Certified Diabetes Educator credential in 2015 and currently works as a diabetes educator for Children’s Hospital of Philadelphia. 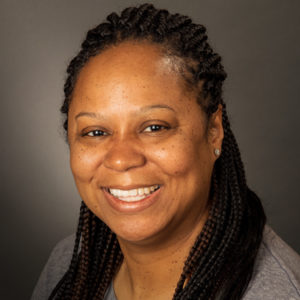 Cherise Shockley was diagnosed with LADA (Latent Autoimmune Diabetes in adults) June 2004. She is the founder of Diabetes Social Media Advocacy (#dsma), creator of the Blue Fridays initiative and WOCDiabetes (Women of Color living with Diabetes). Cherise is a subject matter expert in diabetes social media, online communities, and peer support. She is a wife, mother, and veteran. 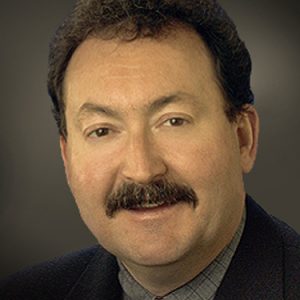 Michael R. Swearingen is currently the Managing Director for Blackbriar LLC International Consulting. He is an international leader with over 30 years management experience at Johnson & Johnson and Eli Lilly and Company.

Mike has been a catalyst for passage of several state legislative measures including passage of a state licensure requirement for Diabetes Educators in the States of Kentucky and Indiana, and PA prescriptive authority in Indiana. He has worked with numerous companies, elected officials, government agencies, professional medical associations and academies to create major enduring initiatives such as, “Diabetes Awareness Days,” state and federal advocacy training workshops, national and international medical education conferences, and national sales and management meetings.

Currently he is on the board of directors for both T-1 Today Inc. (d/b/a Children with Diabetes), and the Diabetes Patient Advocacy Coalition.

This website uses cookies to improve your experience while you navigate through the website. Out of these, the cookies that are categorized as necessary are stored on your browser as they are essential for the working of basic functionalities of the website. We also use third-party cookies that help us analyze and understand how you use this website. These cookies will be stored in your browser only with your consent. You also have the option to opt-out of these cookies. But opting out of some of these cookies may affect your browsing experience.
Necessary Always Enabled

Any cookies that may not be particularly necessary for the website to function and is used specifically to collect user personal data via analytics, ads, other embedded contents are termed as non-necessary cookies. It is mandatory to procure user consent prior to running these cookies on your website.