Low blood sugars can be a very stressful and scary part of life with diabetes, so having options to effectively treat hypoglycemia is a powerful step forward for our CWD family. See below for what's currently available and what's in the pipeline.

Baqsimi, made by Eli Lilly, is the first and only dry nasal spray to treat severe hypoglycemia. Instead of an injection, this substance is administered as a puff in the nose. It is important to note that Baqsimi can be given to a patient who is passed out, as it does not require being actively inhaled and can be used even if the patient has a congested nose.

How to dose BAQSIMI - image from the BAQSIMI website

According to the company website, Baqsimi raised blood sugar successfully in 100% of patients ages 4 - 16 within an average time of about twelve minutes. 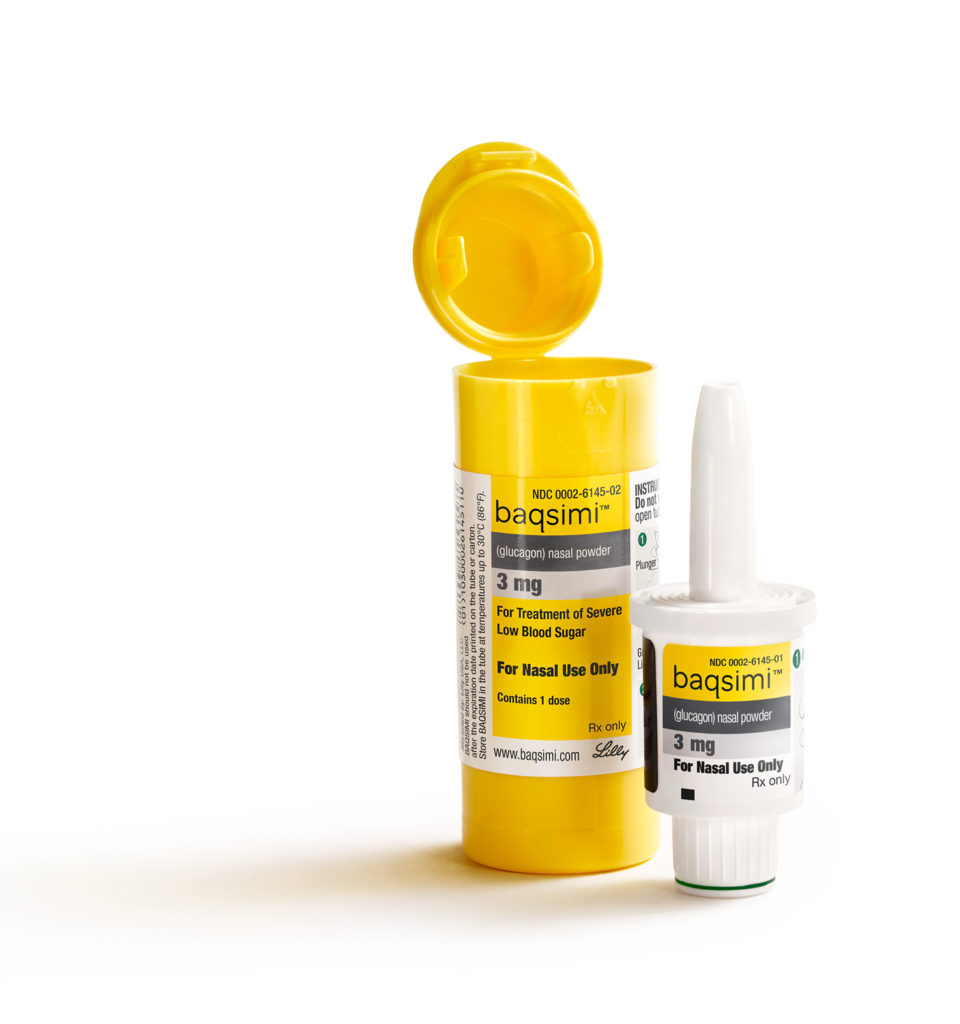 The team at Xeris Pharmaceutical has been given regulatory approval from the FDA for their ready to use liquid glucagon. According to the press release, “GVOKE is the first premixed, prefilled, premeasured liquid glucagon offering ease of use for pediatric and adult patients with diabetes ages 2 years and above or caregivers to rapidly treat severe hypoglycemic events.”

Currently, Gvoke is available via home delivery, fulfilled by PillPack, or through various retail pharmacy stores.

Glucagon is a hormone that raises the level of glucose in the blood. The alpha cells of the pancreas, in areas called the islets of Langerhans, make glucagon when the body needs to put more sugar into the blood.  Glucagon binds to a receptor on liver and muscle cells (called the glucagon receptor), stimulating the cells to release glucose.

Everyone who uses insulin should have a glucagon emergency kit on hand at all times to counteract severe hypoglycemia that causes loss of consciousness, or if sugar cannot be given. The glucagon kit should be stored where all the family members know where to find it. Storage temperatures should be under 90 degrees F (28 degrees C).

Until recently, glucagon, like insulin, had to be be injected. Recently, nasal glucagon and pre-filled glucagon pens have been approved by the FDA (scroll up to read more about those new options).  Within the injectable glucagon kit are a syringe pre-filled with a liquid and a vial of powdered glucagon. You prepare the glucagon for injection immediately before use by following the instructions that are included with the glucagon kit. In general, small children (under 20 kg, or 44 pounds) are given 1/2 cc (half the syringe), while older children and adults are given 1cc (the entire syringe). In kids, some authorities advise using 1/2 cc to start with, then giving the other 1/2 about 20 minutes later if needed. This method can lessen the rebound hyperglycemia that usually ensues after use of glucagon. There is no danger of overdose, however. Injection is given in a large muscle, such as the buttocks, thigh or arm. (The needle on the syringe is usually larger than those on insulin syringes.)

One of the potential side effects of a rescue dose of glucagon is vomiting, so be sure to place the person on his or her side prior to injecting so they do not choke. After injecting glucagon, follow with food once the person regains consciousness and is able to swallow. 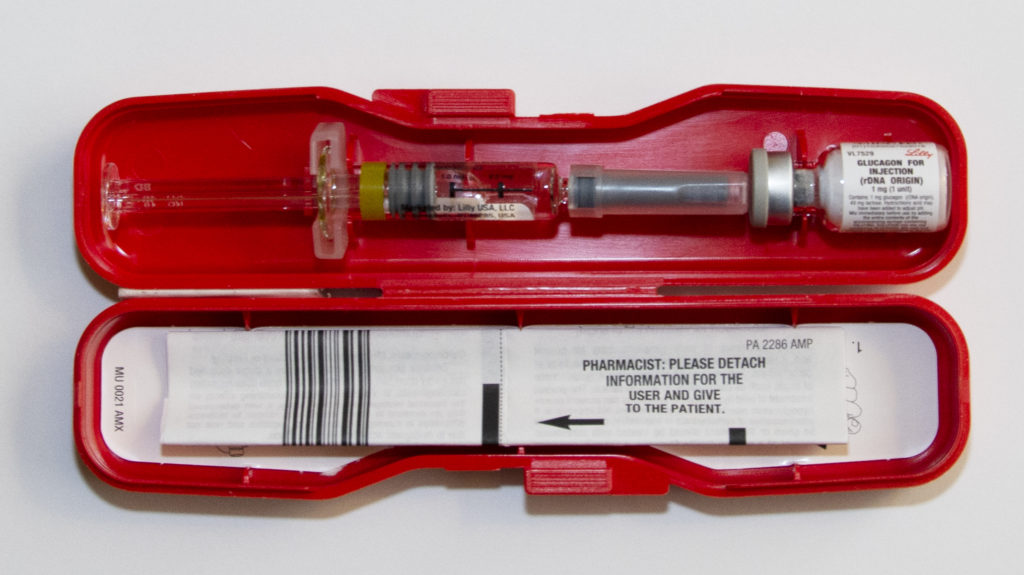 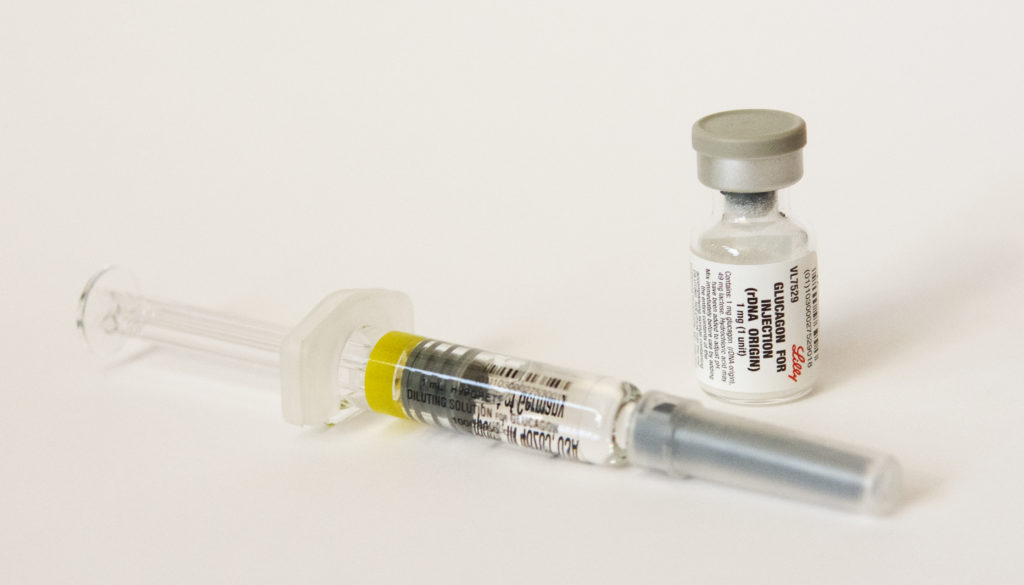 Glucagon can be used for more than just rescue when someone has lost consciousness. It can be used, in small doses, to raise blood sugar when someone can't eat -- for example, when sick due to a stomach illness. This is called mini-dose glucagon rescue, and while it is off label, many people with type 1 diabetes report using it with great success.