What's with the Green Bracelets?

Necessity, Practicality, and a Sprinkle of Magic

“The bracelets? They were a mix of necessity and practicality, sprinkled with some pretty significant magic.

Our first Children With Diabetes gathering in Orlando was in June 2000 at the Sheraton Safari Hotel. That was followed a year later by our first Friends for Life conference at Disney’s Coronado Springs Resort. We hadn’t quite figured out what to do with all of the kids in terms of programming, and decided that first year to divide them into two groups. Kids 13 years and older were the “older group,” and they had some educational sessions. The 12 and under group was considered “childcare” – much to the chagrin of my then-11 year old Sam – and they were in a separate area which offered primarily games.

Here’s the “necessity” part: On Friday evening of the conference, we had an event off-site just for parents. Off they went to Disney’s Pleasure Island by the bus full, leaving the kids back at the hotel in the very capable hands of staff volunteers for childcare. There was one problem, though ... one very BIG problem. I had ordered refreshments for the kids, which appeared in the form of GIANT cookies and GIANT Rice Krispie treats. Not only had we not requested portion sizes and carb counts on our enormous snacks, but we had no idea at all which kids had type 1 and which did not! It was a chaotic half hour as we looked up each child’s diabetes status on the registration forms and tried to get in touch with parents to find out how to proceed.

It was eventually and successfully figured out, but it was definitely a lesson learned. For the 2002 conference in Pasadena, California, we decided to use wristbands to show who had type 1 and who didn’t. Which brings me to the “practical” part. We’ve always ordered our registration supplies through PC Nametag, so Jeff told me to look in their catalog and see what they had to offer. They had Tyvek bracelets, and they were affordable. We could buy thousands, and it wouldn’t break the bank. They didn’t have a huge assortment of colors, though. We wanted bright and easily visible colors, so we could see at a glance if someone was part of the conference and if they had diabetes. We picked two of the neon colors: green for type 1 and orange for family members. We added neon yellow a few years later when we realized we needed to identify people who needed access to our gluten-free buffets.

It wasn’t an earth shattering decision; there wasn’t a great deal of deliberation behind it.

But the “magic” is what these green and orange bracelets have come to mean. The magic has been added by this green and orange – and sometimes yellow – amazing international tribe, tens of thousands of people strong, over a span of twenty years.” 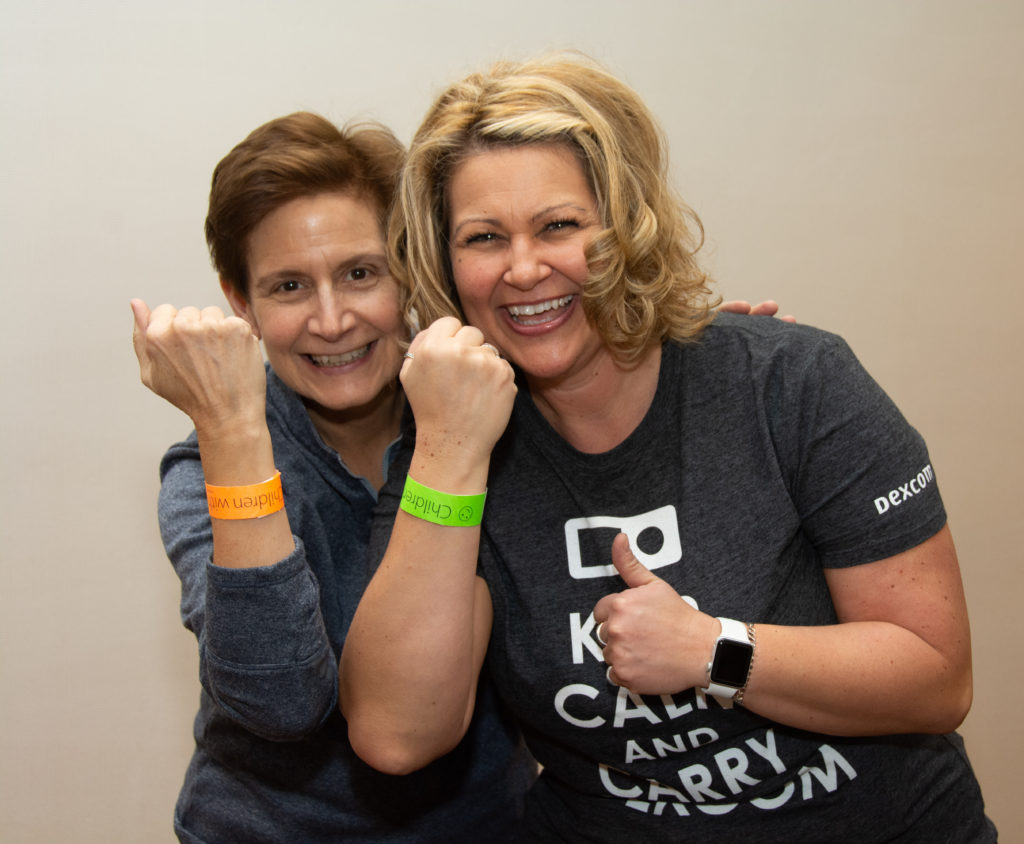 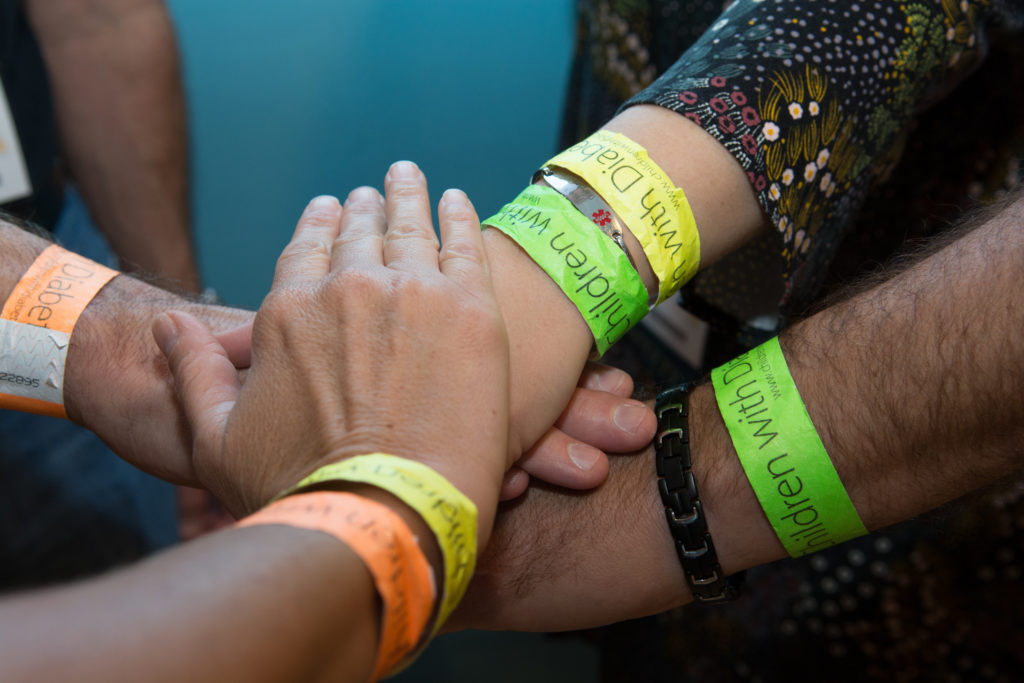 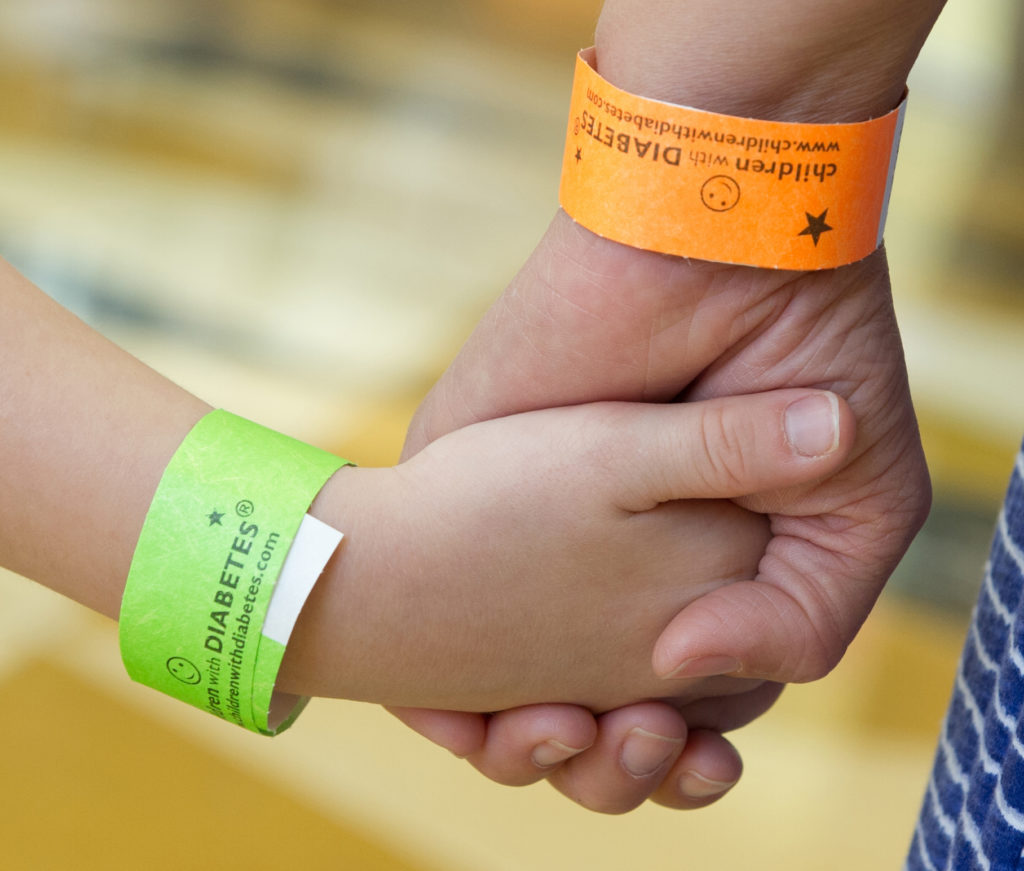