While many diabetes device companies are working to make closed loop artificial pancreas systems commercially available, people with diabetes are not waiting.  Patient and caregiver led design groups have been working hard to bring to life several versions of a do-it-yourself artificial pancreas system that patients can create using existing pumps and continuous glucose monitors alongside a community coded, open source algorithm.

Remember that these DIY systems are the responsibility of the patient to build, maintain, and assume the risk of using.  Always talk with your doctor when making changes to your diabetes care plan.

Loop uses an older-model Medtronic insulin pump, certain model Omnipods, a CGM, and a device called a RileyLink to communicate between the pump and CGM.  You also need a Mac computer, a free application called XCode, a compatible phone, and an Apple developer license.  (More on the requirements here.)

From the LoopDocs website: Using the open source Loop app template, you can build an insulin delivery system that uses specific commercial and open source hardware and software technologies to bring together the insulin pump, continuous glucose monitor (CGM), and insulin dosing algorithm to create a continuous insulin basal dosing "Loop." This Loop predicts future glucose based on basal-rate schedules, carbohydrate intake, insulin on board, and current CGM readings.

These glucose forecasts provide Loop with the information needed to recommend a temporary basal rate to attain a targeted glucose range in the future. The system can either operate as an “open loop” by making recommendations to the user for their approval before enacting or as a “closed loop” by automatically setting the recommended temporary basal rate. 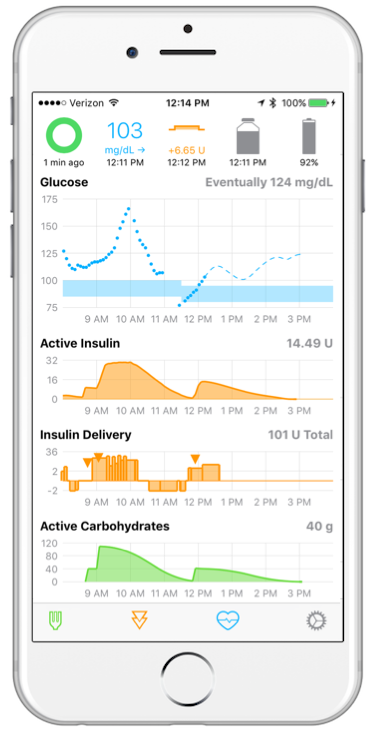 For information on Loop and how to research building your own system, visit the LoopDocs site.

Courtesy of OpenAPS.org:  OpenAPS is an open and transparent effort to make safe and effective basic Artificial Pancreas System (APS) technology widely available to more quickly improve and save as many lives as possible and reduce the burden of type 1 diabetes. The community has created a safety-focused reference design and a reference implementation of an overnight closed loop APS system that uses CGM sensors’ estimate of blood glucose (BG) to automatically adjust basal insulin levels, in order to keep BG levels inside a safe range overnight and between meals.

OpenAPS.org has a list of the gear you will need to build an OpenAPS.

Dana Lewis is a creator of the “Do-It-Yourself Pancreas System,", founder of the open source artificial pancreas system movement (#OpenAPS), and a passionate advocate of patient-centered, -driven, and -designed research. She shared her thoughts on the why and how of OpenAPS and the movement of #WeAreNotWaiting.

"I grew frustrated with my inability to hear my CGM alarm in early 2013. But, as a patient, I didn't know what I could do to change things other than talk to the device companies, who said they were 'working on it.' In late 2013, I found John Costik's efforts to access BG's from the same CGM receiver I was using; he shared his code, which enabled me to set up a simple remote monitoring system and louder alarm pushed to my phone. My now-husband, Scott Leibrand, and I iteratively added features like the ability to input carbs and insulin dosing data, which combined with the CGM data in real-time then enabled us to build a predictive algorithm. It was essentially the first 'open loop' system. Later, we met and began working with Ben West and his code to remotely read and write data to the older insulin pumps. By combining all those pieces of code - the ability to read CGM data; read/write from an insulin pump; and our algorithm, we ended up being able to 'close the loop' and have a hybrid closed loop system. Knowing how much it had and would continue to change my life, and how much we had been helped by others like Ben and John, it was a no-brainer for us collectively to decide to open source the design, algorithm, and toolkit to enable others to also close the loop.

And that's how 'OpenAPS' began." 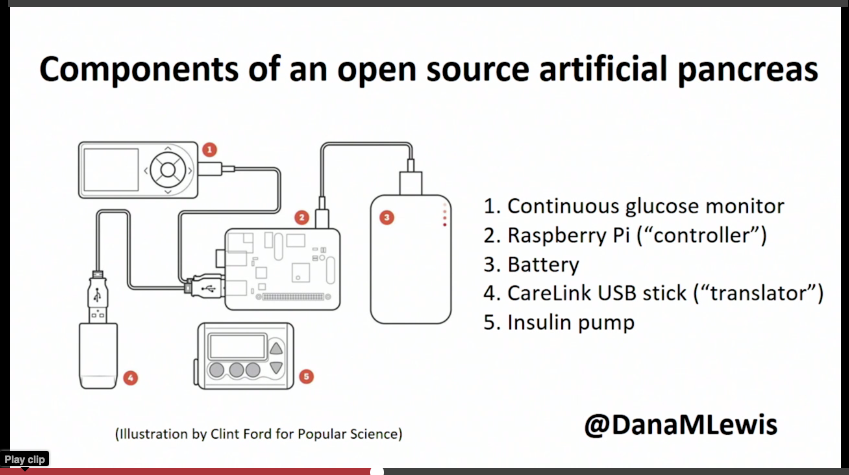 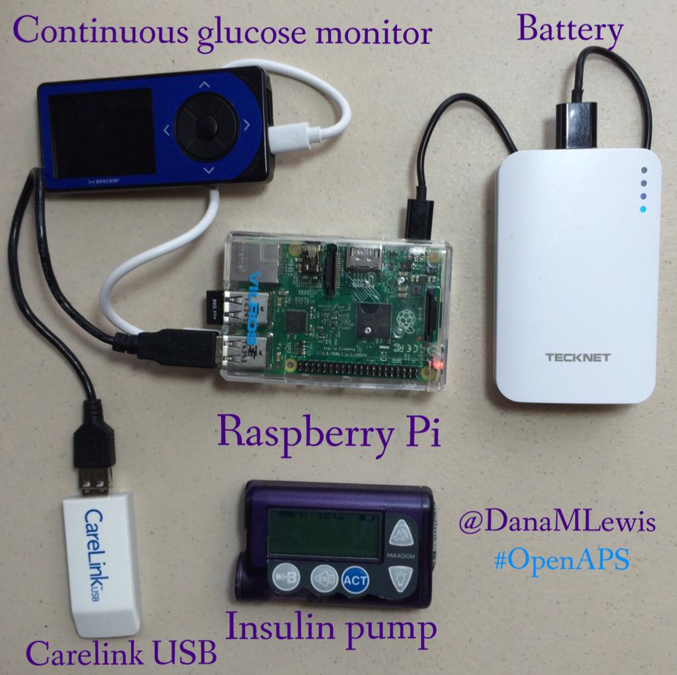 For information on OpenAPS and how to research building your own system, visit OpenAPS.org.  From FAQs to detailed information on necessary gear, technology, and know-how, the site can walk you through the set up of your system.