A new option for treating severe hypoglycemia has been approved by the FDA – Baqsimi nasal powder glucagon, from Eli Lilly and Company. 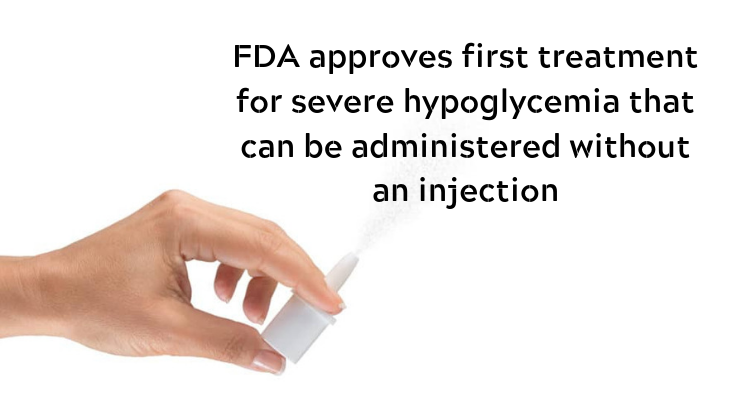 According to the press release, “Baqsimi, which is a powder administered into the nose, will come in a single-use dispenser that can be given to someone suffering from a severe hypoglycemic episode. Baqsimi increases blood sugar levels in the body by stimulating the liver to release stored glucose into the bloodstream. It has the opposite effect of insulin, which lowers blood sugar levels.”

Nasal glucagon may be a useful therapy for people who have struggled with the injectable glucagon kits, which requires reconstituting powdered glucagon in a several step process.  For our CWD community, this option might make glucagon less intimidating and more easily adopted as a severe low blood sugar safety net.

Side effects that have been associated with Baqsimi include nausea, vomiting, headache, upper respiratory tract irritation (similar to injectable glucagon), watery eyes, redness of the eyes, and itchiness.

For more on this FDA approval, you can read the press release from Eli Lilly. You can also find out more about glucagon, and how members of the DOC mini-dose glucagon.